Solid under foot for your landings, great for park jumps, boosting side hits or popping off rollers to flats. You won’t have any trouble getting airborne on the Nitro Beast. Handling: The Nitro Beast is a stiffer-than-freestyle (think slopestyle) twin, so it’s predictable whichever way you point it.

Engineered to be one of the most progressive boards lapping the park, the Beast is a lightweight deck that meets the demands of Nitros top pros. Designed around a twin outline with a TRÜE Camber profile, it possesses Nitros Power II Core, a poplar construction from tip to tail with beech stringers for unmatched pop and strength. This is incorporated into the Whiplash Core Profile, which reduces depth between the inserts with more girth outside, resulting in a light, stiff ride with unparalleled stability. Wrapped in a Rail Killer Edge twice as thick and strong as standard edges… The Beast proves to be just that: one monster of a board. 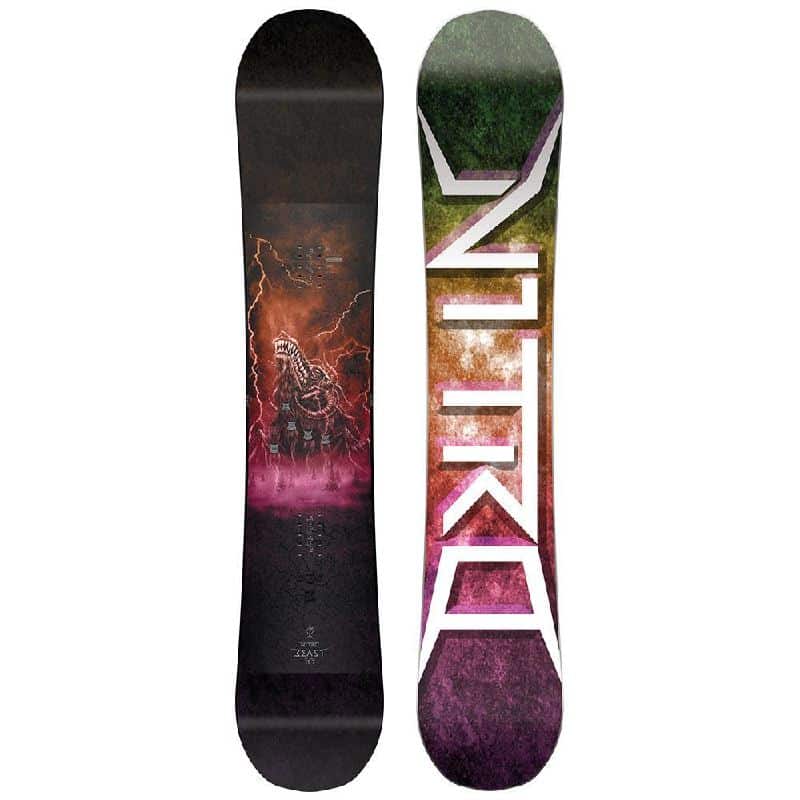